Finally got my xb360 controller working on original xbox. You really have to jump thru some hoops to get it working. Also even got a controller input overlay working for it

Naturally chaining this many adapters together will add some form of input lag, especially with a PC in the middle, but it's pretty hard to tell. Probably a frame or two (16-32ms).

I used the PC in the chain purely for the purpose of having a controller input display on stream, the adapter will work fine without it (xb360 controller → wireless adapter → cronusmax plus → brook ps3/ps4 to ps2 adapter → ps2 to xbox adapter → original xbox console).

The video capture is done on a Micomsoft SC512 and has a few frames of lag compared to the monitor I'm actually playing on, so this means the controller overlay looks ahead of the gameplay but otherwise it's hard to tell when playing. I don't know of any way of synchronizing the game capture and controller input overlay in OBS.

The controller overlay is gamepadviewer.com and sometimes seems to not display inputs when they are pressed extremely fast. But that's a fault of it being a chrome based app. The game still responds to extremely quick button presses.

A note for using the CronusMax Plus and the xb360 controller properly is that you also have to use XInput Plus. It's a passthrough program that helps improve compability. The xb360 controller has an issue with the triggers in that both Left and Right triggers are on the same axis but with different values (+100 and -100 respectively). Meaning if you press Left and Right at the same time, one will get cancelled out. So XInput Plus fixes this by treating them as different buttons like ZL and ZR, so that CronusMax now passes the inputs properly to the console.

The seller I got my ps2 → xbox adapter from is all sold out, so I'll link ones that are probably compatible. I've previously tried a ps2→gamecube/xbox adapter but it doesn't work with the brook ps3/ps4 to ps2 adapter. So avoid those.

This is the adapter I bought. 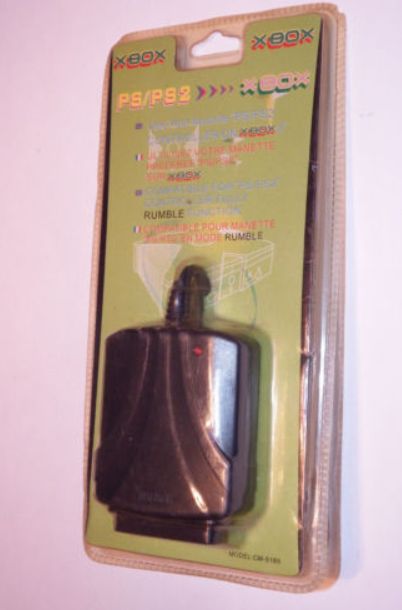 Very cool. Was there a big difference in the way it played vs the original? Not the Duke.
Top

Wow nice loop on AA, I learned something new. Seems like a lot of hoops to jump through just to end up with some input lag though.
Top

wyansas wrote: ↑
Mon Mar 04, 2019 8:36 am
Wow nice loop on AA, I learned something new. Seems like a lot of hoops to jump through just to end up with some input lag though.

It's something for tutorial/challenge streams, I wouldn't do it on my serious no fun allowed speedruns.
Top
Post Reply
5 posts • Page 1 of 1